Why the thought of muzzling my dog made me happy…and incredibly sad. 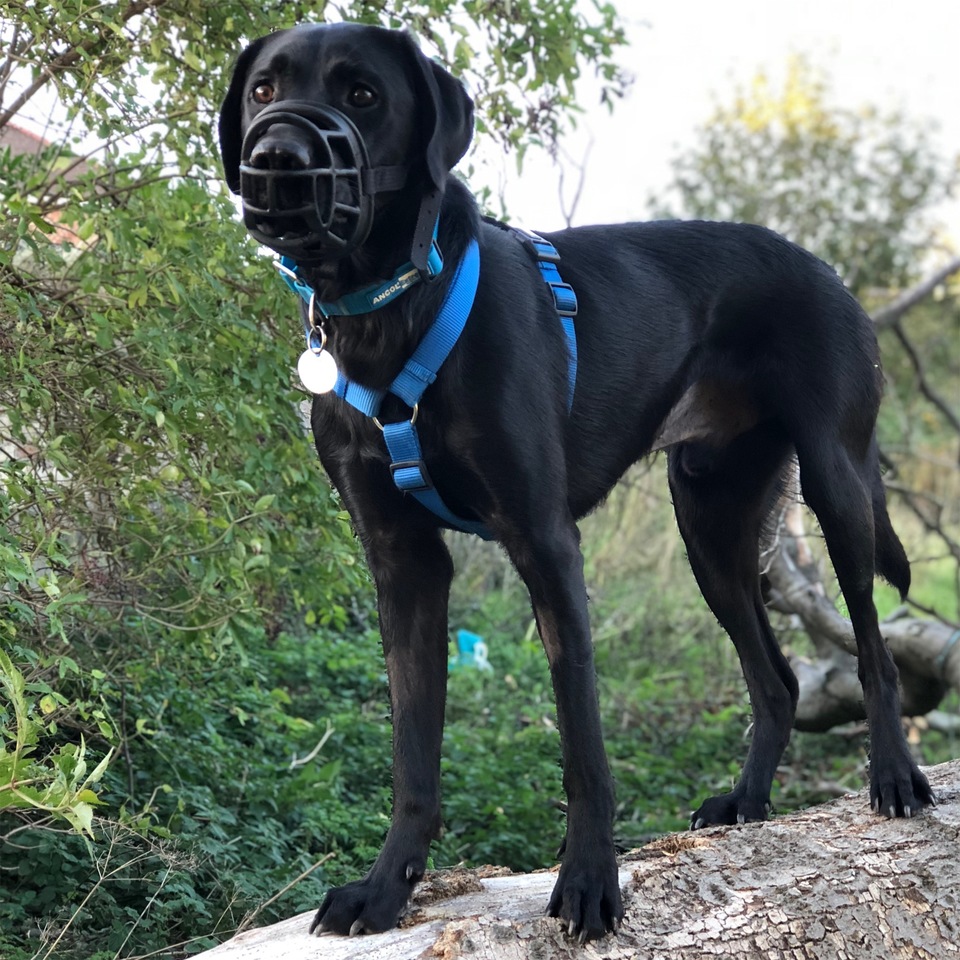 If you were to ask me if you should muzzle your dog, and it was for a valid reason, I would absolutely say yes. Sometimes it is just what needs to be done. So why is part of my feeling a bit of dread about muzzling my own dog?

Theo, my 4 year old lab is the dog in question. He has always been food driven and just cannot help himself. A few weeks ago on a walk he grabbed a ladies treat pouch (one of those little bags dog owners often have clipped to them) and in his panic not to have it taken off him, he ate the whole thing. This is not the first time we have had issues due to him stealing and he delights in finding gross things to eat, including things he is intolerant too which also make him rather poorly. But his recent theft resulted in him being very unwell, a risky op, a vet stay and a bill almost of £5000 (thank goodness for insurance!).

In a perfect world

When I got Theo, I was adamant that I would train him to do everything I needed. Walk on a lead, leave food, have epic recall. He can do some of those things, sort of, though none are perfect, and he certainly struggles to ‘leave’ food he finds. Dogs are natural scavengers anyway and mixed with Theo’s never ending Labrador hunger, this has proven near impossible. Which quite honestly feels like a failure on my part.

I have come to learn and accept with dogs, that sometimes management rather than training may be a better alternative. So what does that mean? For Theo, it means that he will either need to be on lead, so he cannot get to the naan bread or chicken curry someone left in a bush over there, or a muzzle so that if he reaches the naan bread he’s less likely to be able to eat it.

Does that mean I am giving up on training? No. I am in fact hoping that it will give me a better chance at ensuring our training works. At the moment, all the good work is undone when he steals something, or eats numerous apples fallen from trees (this also makes him unwell!). He is self-rewarding… he has done something that has gained him the ultimate reward! Without the ability, or limited ability to rehearse this behaviour, maybe our training of ‘leave’, ‘drop’ and generally choosing not try and raid a bin can begin to take effect. We have increased our training of these skills. 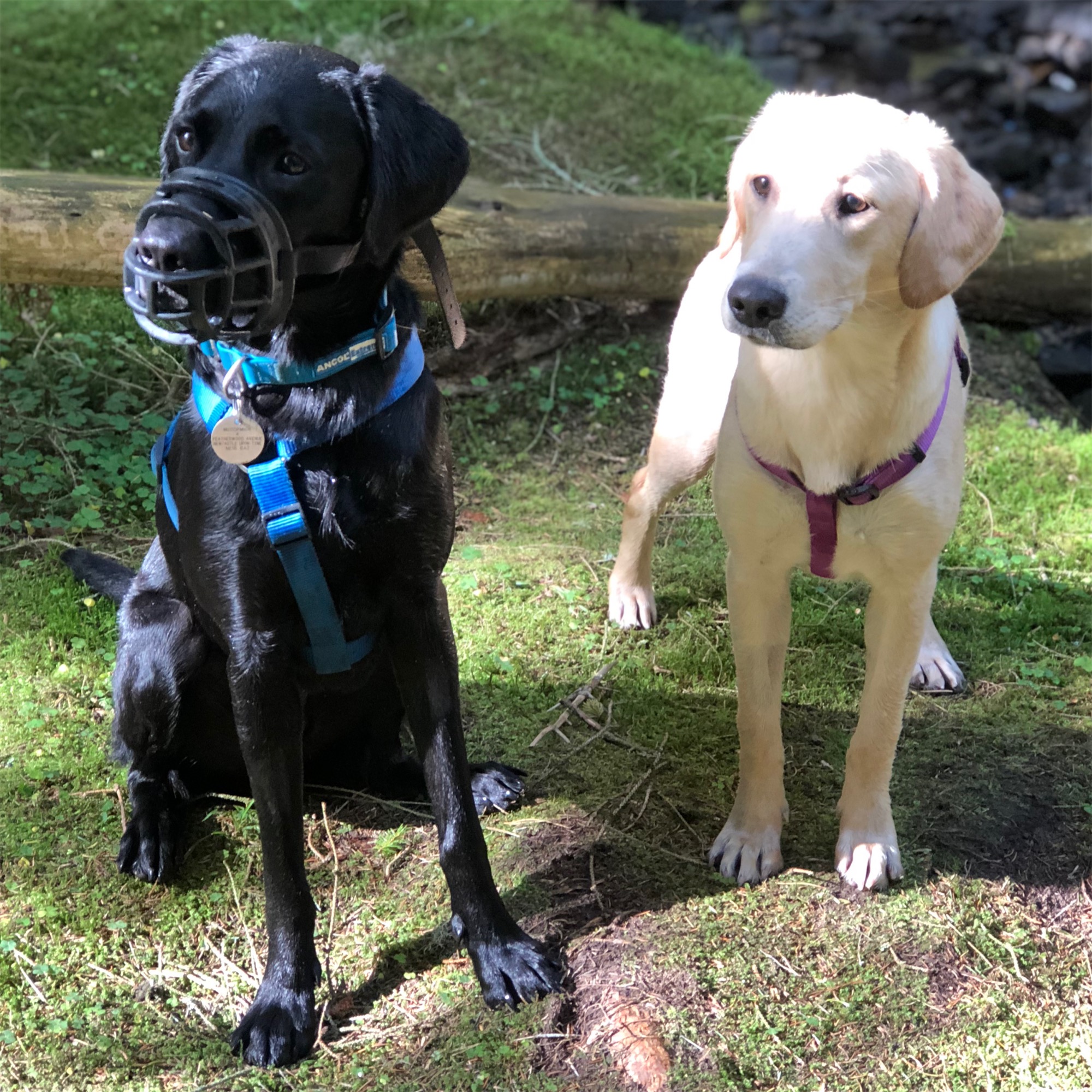 So why does it make me sad?

As previously stated, I had an ideal in my head that I would be an awesome trainer and have aced teaching Theo not to do these things. But that is not the only reason.
If you came to me and told me that you needed to muzzle your dog for any reason, I would likely applaud you. It is a great management tool for many reasons and many scenarios. However, I previously muzzled Theo when we were trying to work out what foods were upsetting his gut. My first experience was walking into our local park, where people instantly parted and moved away. It made me feel so sad that people clearly thought he was a threat to them. He really isn’t, unless you’re eating something tasty!

Sometimes we have to take those experiences and look at positives.

Firstly, I really should not care what people think! It does not matter if they do not want to be near him. I prefer not to constantly approach or be approached by other dogs and owners, so maybe this is actually a win!

Secondly, a while ago when I began to leash Theo in certain scenarios (instead of just relying on his training) I felt like things got better. I relaxed and he seemed to relax. I had not realised until then how tense I was, clearly worrying about the ‘what if’. The lead took that away, or at least made it easier to deal with. I hope this is true for his muzzle too!

I hope in time it will all feel more comfrotable for me and him, but for now we remain focussed on training so the muzzle feels comfortable - for both of us! 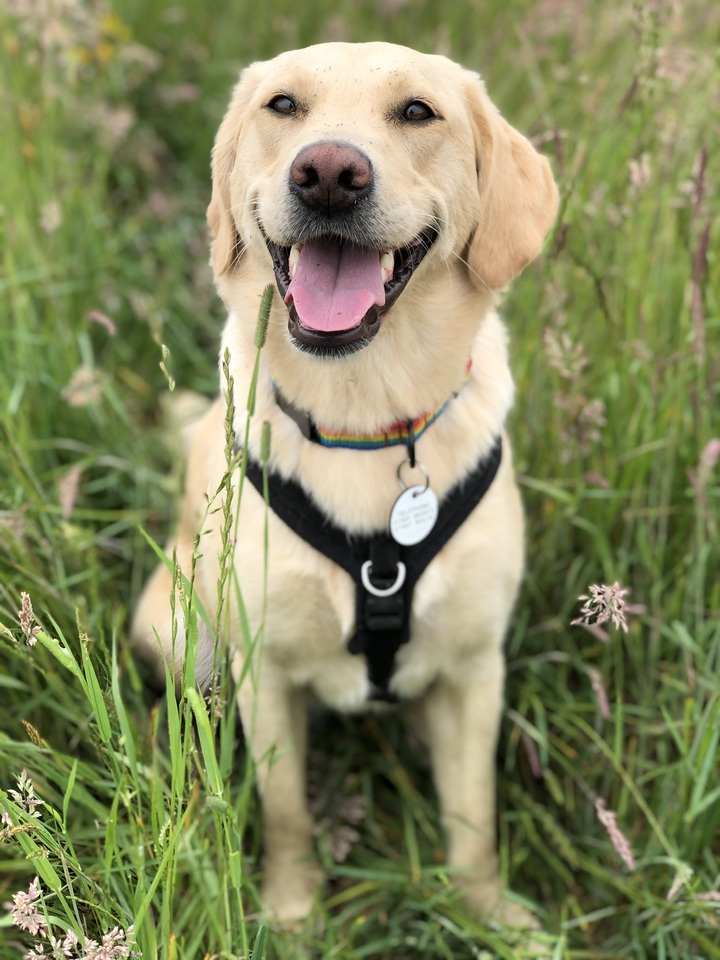 Ever thought about why your dog is behaving?

This month marks Molly’s 3rd birthday and I have been thinking a lot about her journey. She did not have an easy beginning and she has presented me with challenges I truly was not expecting.

END_OF_DOCUMENT_TOKEN_TO_BE_REPLACED 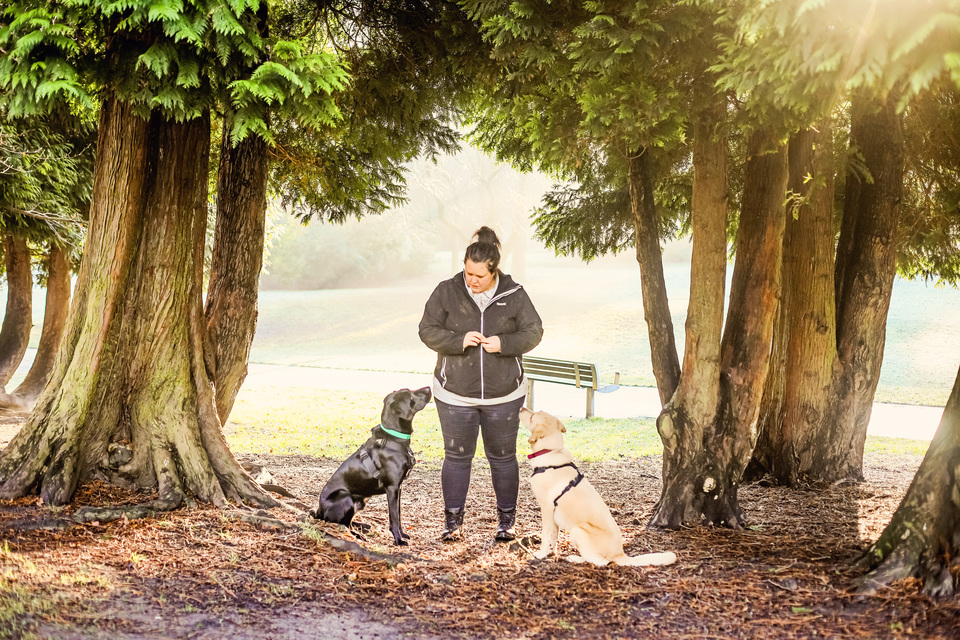 I sat down to write my new blog post at a very strange time. I had some ideas about what I wanted to write. But then I read the news...we were heading for another lockdown. I stopped, because we are living in a time where we really do not know what tomorrow will bring. Many of my ideas all of a …